Things to Do for Halloween 2015 in Las Vegas

Halloween only comes but once a year. It is just one day October 31st but leading up to the night of trick or treating, there are parties and attractions that open all over the valley. With Las Vegas being host to more than 50 different Halloween parties, don’t just sit at home, rent a party bus and go out with your friends for some spooky fun!

We have complied a list of the top things to do on a party bus for Halloween in Las Vegas. Hurry make your reservations today!

Fetish & Fantasy Halloween Ball 2015 celebrates its 20th year at Hard Rock Hotel & Casino Las Vegas. Considered to be the hottest of all Las Vegas parties, the annual Fetish & Fantasy Halloween ball is a true spectacular. Guaranteed the most outrageous, bizarre and risque Halloween costumes and parties in Vegas, you won’t want to miss this event. Strict admission requirements state that everyone who attends must wear something fetish, fantasy like or a Halloween costume. No exceptions are made.

Heaven & Hell on the Moon

Heaven & Hell on the Moon at the Palms at a party 50 stories up looking at the entire Las Vegas strip. With more 4 of Las Vegas’ top djs including headliner Mike Fusion, 3 rooms to party in and 2 of Vegas’ top nightclubs and event spaces Moon & View. With two different parties happening in the same nightclub, you are sure to find something you enjoy. Heaven will feature beautiful top models as angels, gods & goddesses with top 40 music, while Hell will feature sexy devils, demons, dark angels, adult film starts and electronic music. Don’t miss out on this event!

Put a twist on Halloween with this hilarious show that tells the story of five college students who go to an abandoned cabin. When they accidentally unleash evil forces that turn them into demons, hilarious insanity ensues. It combines the elements of cult classic horror films, “Evil Dead 1” “Evil Dead 2” and “Army of Darkness” into one of the craziest, most interactive theatrical experiences in Vegas.

When: NOW through April 2016
Venue: V Theater located in Planet Hollywood
Must be 16 & over to attend
More details can be found here about the event

Limousines don’t just have to be for proms and weddings. You can rent a limo to take you to the hottest Halloween parties on the Las Vegas strip like a rockstar. Contact us today to make a reservation. 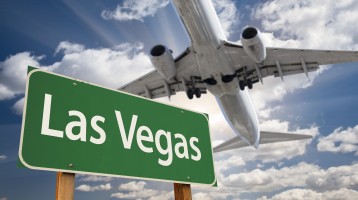 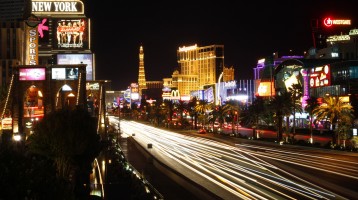 Five Star Limousine is Las Vegas' finest limousine service. With everything from standard limousines to our VIP Party Bus, we have a ride for every occasion and party size.

Our professional staff will help you create the perfect occasion. Whether it is a night on the town, a wedding or a corporate event, we will handle every detail and make it a memorable occasion.

CANCELLATIONS REQUIRE A 24 HOUR NOTICE PRIOR TO THE RESERVATION DATE.

CANCELLATIONS WITHIN 24 HOURS WILL BE CHARGED IN FULL.